Pros and Cons of a Passionless 8-to-5 Job 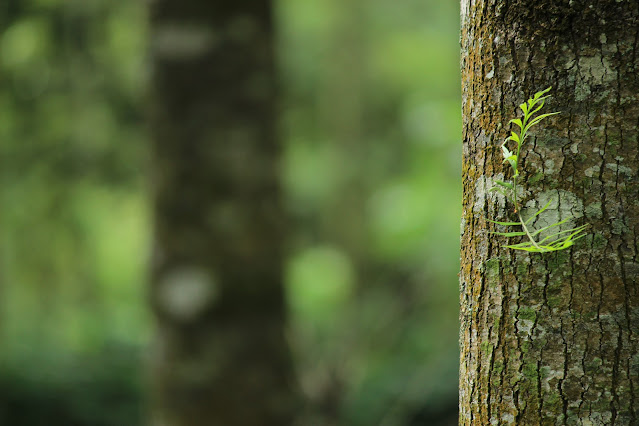 Work update: I've been at my current job for 15 months now!
For those who used to read The $76K Project, you might recall that my job history consists of short stints for companies I mostly despised. Between 2015 and 2021, I quit five different gigs. The longest I've worked at one place since 2014 is two years (and that was out of nothing but sheer determination to keep going in a horrid working environment - I should have walked out after the first year but thought if I just tried a little harder it would get better. It did not.)
My favorite job ever was as a research and teaching assistant for four years during grad school. It was intellectually stimulating and never boring. I was surrounded by other people who were completely invested in our subject of study. Sometimes I wish I'd dragged it out a while longer. I'll never have another job like that one, but given that it paid peanuts and was tied to my graduate degree, it wasn't exactly sustainable.
Anyway. Fifteen months in a desk job with no plans to quit? That's a big deal for me.
If I had to pick one word to describe my current employment, it would be tolerable. As in, I don't love it (some days I don't even like it), but it's not super stressful and at least for now, the benefits outweigh the negatives.
What I enjoy about the job:
What I dislike about the job:
I struggle with that last one because it sucks to feel like you're effectively dumping several perfectly good hours down the toilet each day. I never planned on being a paper pusher, and yet, here I am! I'm trying to deal with that issue by incorporating things I do enjoy into my workday, including reading, playing video games, napping (yes, I am capable of napping for 10 minutes at a time), and writing. Basically, I take a lot of short breaks to keep my spirits up.
There's a part of me that wants to find a job that I feel more passionate about, but frankly, my energy is limited and I just don't want to deal with the hassle of seeking it out. At this point, I'm skeptical that I am going to find anything better and would rather learn to make the most of what I have.
My work motivation is almost entirely financial: I show up every day to get a paycheck that allows me to save for retirement and do the things I want to do. For instance, this summer we're taking a week-long vacation in the mountains, and in September I'm participating in a running camp. These are not inexpensive endeavors but I feel no guilt about shelling out the money to do them because this is how I convince myself to log into my laptop each morning.
One of the things I hated about Twitter before I left was the incessant disparagement of 9-to-5 desk jobs and 9-to-5 workers. The message was often something along the lines of, If you don't work for yourself or retire early, you're just a dumdum doing the grunt work for billionaires. Which, okay, yes, I am making money for The Man, but I know I won't be retiring early and I lack the self-discipline needed to freelance.
So this is what I've got, and even though there are parts that make my soul wither on the daily, there are also aspects of the job I appreciate, including the stability, the safety net (which should be universal and not tied to work, but I digress), and being able to pay the rent. I don't think there's anything about this that is shameful or less-than.