An Unexpected Emergency & A Change In Plans 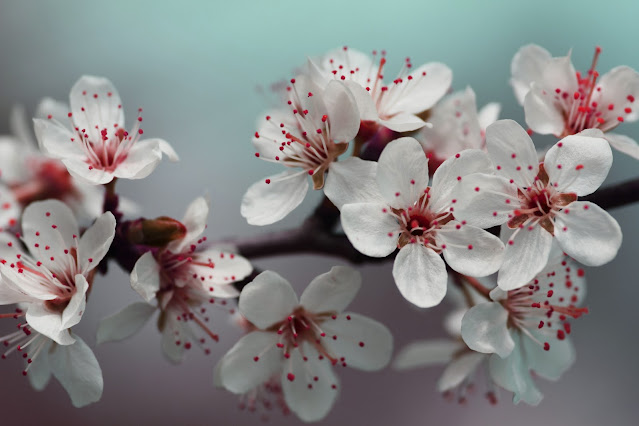 My 15-year-old son started feeling sick at the beginning of April. First he had a cold (or maybe allergies), which morphed into relentless exhaustion and general malaise. He cut back on his favorite hobby, climbing, as his energy dipped. He was constantly hungry and always thirsty.

Several missed school days, one visit to urgent care, and a handful of negative diagnostic tests (mono, covid, and strep) later, he still felt terrible. When he developed sudden and excruciating stomach pain, we rushed him to the ER, where he received IV fluids and had his blood drawn.

Also, he was in diabetic ketoacidosis, which can lead to coma and death, so he had to be admitted immediately. I've never seen medical professionals go from 0 to 100 so quickly!

He spent a couple of nights in the PICU and another two days in the general pediatrics ward. While in the hospital, our whole family received an intensive crash course in diabetes: what it is, why and when it occurs, how it is treated, how to measure blood glucose, how to dose and inject insulin, etc. We've thought of little else. In less than a week, we've learned far more than we ever imagined we would about this disease, and we're all transitioning into a new normal (especially my son, of course).

In retrospect, the diagnosis makes total sense. The clues had been there for at least a couple of months. We just chalked them up to normal teenager stuff.

Type 1 diabetes is an autoimmune disease. While there is no cure for it (yet), it is entirely treatable and relatively common. According to the Juvenile Diabetes Research Foundation, 64000 people in the U.S. are diagnosed with T1D every year.

People with this disease can and do lead totally normal lives. However, learning to manage it has a steep, steep learning curve. Eventually, my child will have a continuous glucose monitor and likely an insulin pump, but because every person's body is different and because the insurance companies have lots of rules about who gets these devices and when, his doctors need to collect plenty of data to dial in his particular treatment before we can start relying on technology.

This is all in addition to school and regular teenager stuff, which is more than enough for a human being to handle without any additional complications thrown into the mix.

We're so incredibly proud of and impressed by how he's dealt with this unexpected challenge. He's always been smart and responsible, but he's truly taking the lead in terms of managing his treatment. He's doing all of the carb counting and dosing calculations (although we do double-check his work -- the nurses and doctors emphasized over and over again that having a second and third set of eyes is important), checking his blood sugar, and giving himself the injections. He's a champ.

The diagnosis came totally out of the blue, and honestly, right now it's kind of tough because his life is different than he (and we) thought it would be. It will take time to come to terms with that. But I know it'll get easier, and eventually, he's going to be so in tune with what he needs. He's going to know how to advocate for himself and how to deal with our messy healthcare system.

Personally, this whole experience has kind of restored my faith in humanity because every single person we've encountered since this started has been AMAZING: the nurses (THE NURSES! If you're a nurse, thank you - you make such a difference every single day) and doctors in the hospital ER, PICU, and peds unit; the diabetes educators; his teachers and school staff; my partner's coworkers; my employer (I was told to take as many days off as I needed); the pharmacist; the pharmacy technician (who spent extra time seeing if she could find us a discount on one of his pricier prescriptions); the endocrinology team down in Phoenix that will be handling that aspect of his care; his friends; our friends and family; the ladies at Women's Personal Finance, who sent us an Uber Eats gift card (MWAH! Thank you!); and on and on. I have so many stories of people's awesomeness and can't possibly tell them all here! People have rallied around us and especially our son and I am so glad we all get to experience that.

From a financial standpoint:

We're re-adjusting our goals and strategies. The monster student loan debt repayment plan is back on hold, since we do have quite a high deductible and need to earmark our savings for that. I also increased my HSA contributions to $300/paycheck to take advantage of the tax benefits and and help buffer our regular budget from medical expenses and prescriptions. I'm sure I'll be writing more about insurance and my HSA in the months to come.

Anyway, this is why we saved. You never know what will happen; life throws curveballs. We're just rolling with it as best we can.