You Know Yourself Better Than Anyone Else Does 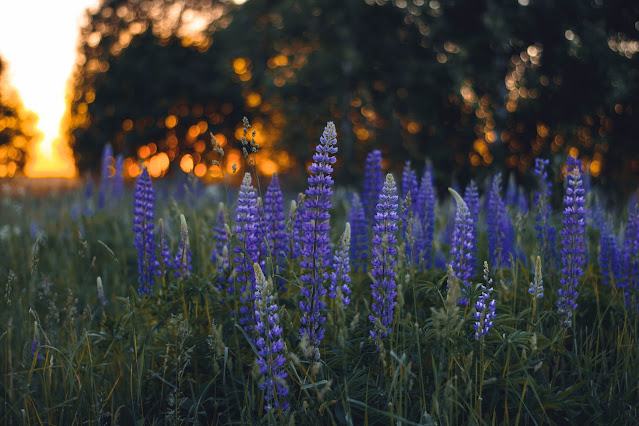 Lately I've been feeling pretty unhappy at work: bored, unfulfilled, disengaged, and disconnected. Like the stereotypical cog in the giant wheel of capitalism.

Those of you who've been around for a while are probably rolling your eyes like, AGAIN?!? Again with the job issues?!

Don't get me wrong: I'm not going anywhere; I'm certainly not quitting. But I wouldn't say that I'm satisfied.

This situation has led me to think about the challenges I faced and the choices I made that helped land me in this role. After all, content management was never a career I aspired to. I just somehow... ended up here.

Ten years ago, I was certain I was destined to be a scientist, which was a solid assumption given that I was enrolled in a Ph.D. engineering program at a reputable school. I was making acceptable progress toward my degree, presenting at conferences, and winning research grants.

My goal for most of my time in grad school was to become a tenure track professor at a liberal arts college so that I could focus more on teaching than research. That's what I thought I wanted to do (in retrospect, I blame it on too many viewings of Dead Poets Society and Mona Lisa Smile). That's what I told my committee at our first meeting, and to their credit, they did everything they could to help me get there. They made me the head teaching assistant for two years. They sent me to teaching workshops. They nominated me for teaching awards.

But somewhere around my third year, I realized something: although I was apparently pretty good at teaching, I didn't enjoy it. As an extremely shy person who can occasionally pull it together when I have to, preparing and teaching multiple classes every week left me feeling physically and emotionally depleted.

Instead, I discovered that what I really loved was lab work. In the lab, I felt calm, in control, and centered. I felt competent. It was so peaceful and quiet. My results were usually excellent.

Whereas my obsessive, detail-oriented, borderline-neurotic nature was often seen as an annoyance in other settings, it was truly beneficial in the lab. There, I felt a combination of intense focus, curiosity, and flow, that magical state of mind that allows us to lose ourselves in what we're doing. I'd never been so happy at work.

So I went to my advisor and said, Look, I think I've realized I want to shift gears. Instead of applying for teaching jobs at liberal arts colleges, I'd like to apply for postdocs and eventually pursue a lab manager role.

He blinked at me from his office chair.

But you're a teacher, he said. That's what you've been trying for. You have a really good shot at getting the job you said you wanted! Why change now? And do you really want to deal with applying for postdocs and moving every couple of years? There are no guarantees and there are other people with far more lab experience.

Anyway, the Cliff's Notes version as to what happened next was that I did get a tenure-track teaching position at a small liberal arts college in the rural midwest. Then I spent the next two years teaching, hating teaching, grappling with my condescending and sexist coworkers, berating myself for despising something I had worked so hard for, and coping with crippling anxiety and depression that left me too exhausted to apply for anything new. When I eventually quit, I felt too far behind and too much like old news to go after a more lab-based job.

I left academia entirely and that was that.

I don't regret running from the ivory tower; ultimately, tenure track academia is replete with issues that I do not have the patience or mental fortitude to deal with. And there's no way to know if a postdoc would have worked out, so the fact that I didn't take that path doesn't bother me.

But I do regret not listening to myself when my brain and heart were screaming that teaching wasn't it for me. I wish I had given myself the opportunity to explore other options. I wish I hadn't denied myself of my instincts. I wish I hadn't wasted two years doing something that wrecked me.

I wish I hadn't assumed that someone else knew me better than I knew myself.

My point isn't to whine about having regrets. My point is that it was a lesson learned. A hard lesson about trusting myself.

How does any of this relate to my current underwhelming job? There's a part of me that my current job is like the perfectly fine but extremely bland consolation prize I received for not going after what I really wanted, even if it was risky.

(I know this isn't a particularly positive, uplifting train of thought, nor do I think this is a problem that compares in any way to **waves arms knowing you'll understand what I mean** but that's okay. It's just something I wanted to explore.)